You are here: Home / Blog / Rapid Deployment with Gigalixir

Glific is a two-way-communication tool that runs on the Whatsapp platform. It is written in two parts with the front-end being written in React and the back-end is written in  Elixir Phoenix. It heavily uses Elixir Phoenix features like distributed clustering, hot upgrades, Genserver

Our Journey of Deployment:

Starting with a single NGO onboarded, we tried to keep the overall cost at minimal as the cost can be a deciding factor. So when an NGO required infrastructure for hosting Glific for them. We decided to release new changes on a monthly basis and opted for a low configuration server infrastructure setup. After spending some time researching for a platform, we went with the AWS manual build process.

But as the NGO started using the application, deploying updates and quick fixes became crucial. Thus the initial plan for releasing new changes every month quickly went out of the window. With Build cycles becoming frequent, we were facing hiccups with a low configuration server infrastructure as each build would take hours to complete.

2.Our next approach with Continuous Deployment with AWS ECS

But as the ECS is a serverless deployment, we were not able to access the server and fully utilize the many advantages which Phoenix provides.

As there was no multi-tenancy, so any new NGO that gets onboarded, needed a separate infrastructure setup for each of them bringing up the overall cost and separate build for each organization would make deploying frequent updates impossible.

Thus we were again researching for a platform that supports our need and as well as is compatible with the elixir. That’s where we came across Gigalixir which is a fully-featured, production-stable platform-as-a-service that supports Elixir Phoenix features which were helpful for a multi-tenancy environment of Glific.

Gigalixir was originally built for Elixir but any language with a build pack can run in Gigalixir. It even supports hot upgrades that let us deploy new code with zero downtime keeping NGOs in constant contact with their beneficiaries and at the same time updating the application for NGOs with the latest features.

It also provides some outstanding features for elixir deployment like the observer, remote access to the server, IEX terminal, updating configurations from the dashboard, and running migrations which makes it ideal for deploying elixir applications.

Initially, we did face some hiccups with deploying our app in Gigalixir like Cross-origin issues and establishing a WebSocket connection but with the rich customer support that Gigalixir provides and the build packs, it offers we finally realize that it is because of some wrong configurations in the release file.

It took some time but we were able to resolve this issue. Apart from that deployment on Gigalixir is pretty straightforward. You can have a look at the deployment steps here.

In case you are also stuck with some issue here is our sample release file we used for the deployment. 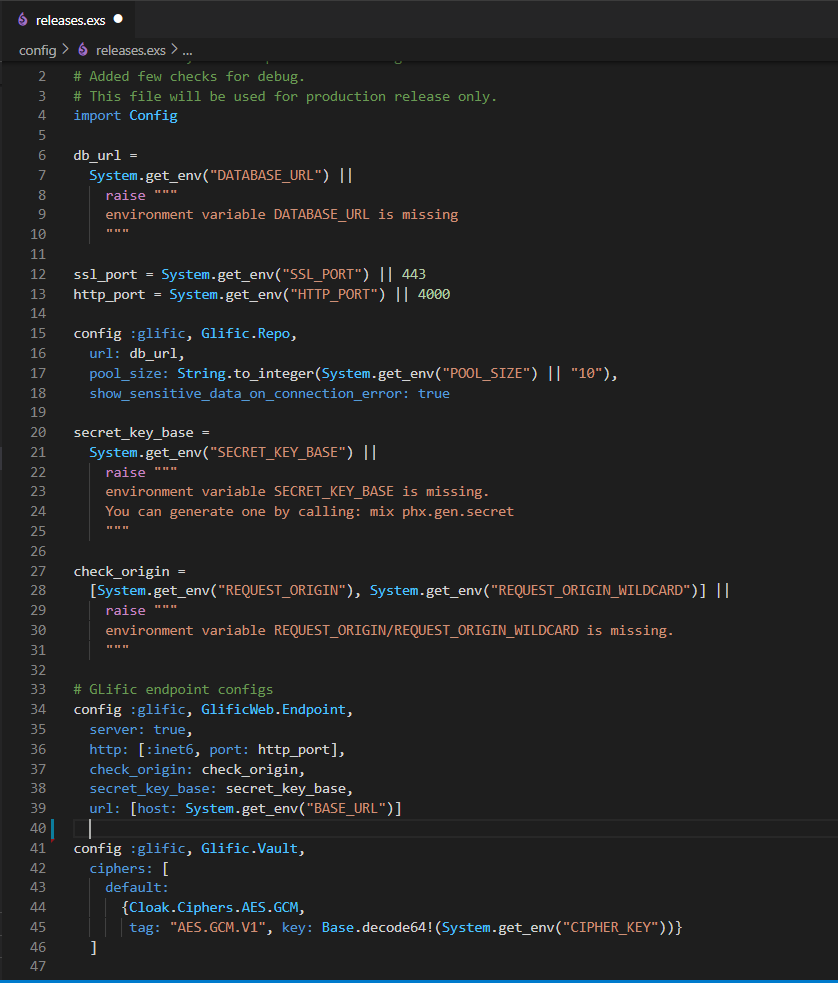